Last week we caught up on past episodes of Home Front. What a treat! (And we are delighted that, through extraordinary coincidence, one of the books we are publishing in April 2018 is going to be mentioned on Home Front because it was published in the spring of 1918, more details soon.) So we were especially interested to read about a soap opera on Indian television (partly funded by UK aid) which tackles crucial issues such as acid attacks and domestic violence and has been a huge and unexpected success – Main Kuch Bhi Kar Sakti Hoon (I, a Woman Can Achieve Anything) now has 400 million viewers 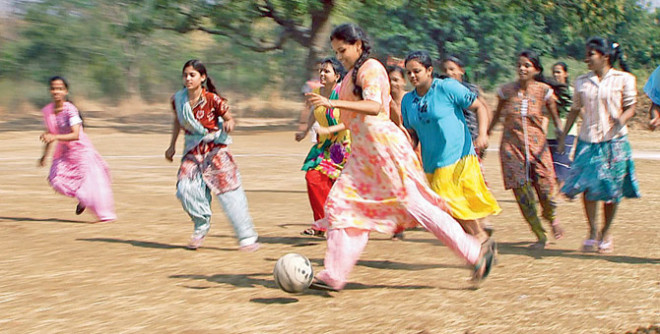 There is a good exhibition at the University Library in Cambridge called Discarded History: the Genizah of Medieval Cairo. A Genizah (‘treasury’) was a place for used (and abandoned) scrolls or other sacred texts. The contents of the Ben Ezra Synagogue’s treasury were brought to Cambridge by one Solomon Schechter in 1897 (having been re-discovered by twin sisters – Scottish scholars – Agnes Lewis and Margaret Gibson) and are among the UL’s greatest treasures. Some fragments of manuscript are now on display, along with a huge photograph of Solomon Schechter which makes one laugh, no wonder he looks slightly despairing. And indeed academics are still  at work sorting the piles of manuscript 120 years later. 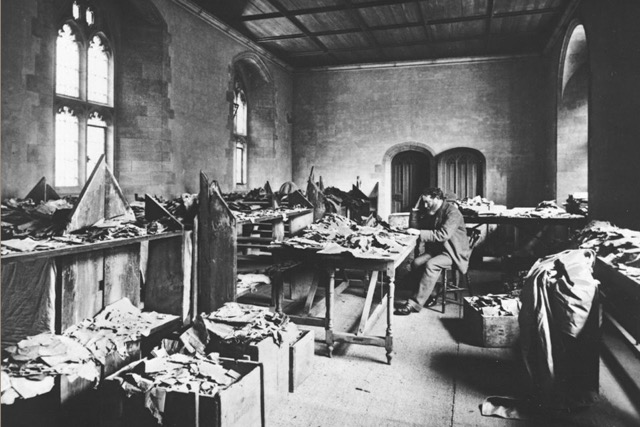 There is to be an exhibition at Burgh House in Hampstead about Romney’s House in Holly Bush Hill. 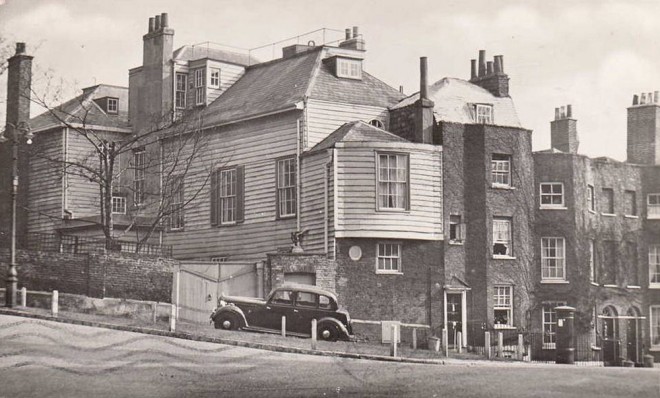 It was lived in by Romney from 1799-1802, then alas he died, but after that the house was bought by the newly widowed Mrs Rundell, and here she lived for the next few years while she wrote her bestselling cookery book A New System of Domestic Cookery, published in 1806 (and by us  200 years later); it’s funny to think of her walking down the hill to the shops in Hampstead High Street: they were probably not so very different 215 years ago, which is why her cookery book is still so relevant and so excellent.

There was a charming article in the Financial Times by Geoff Dyer about his favourite place in London, Marchmont Street and the Brunswick Centre just round the corner from Lamb’s Conduit Street. He was eloquent about the area: ‘If I could choose anywhere to live in London it would be here’ and delighted that the tennis courts have been resurfaced (as indeed they have). 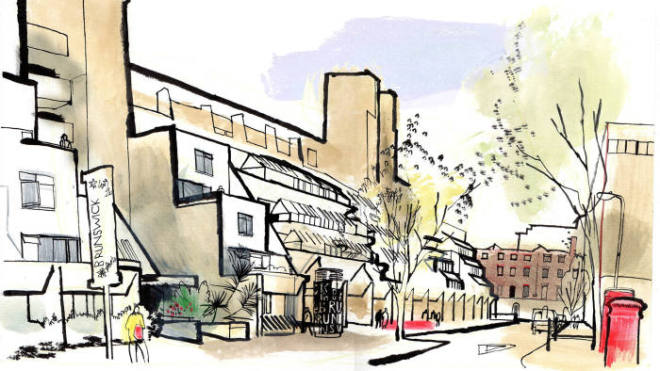 The drawing is by our favourite Lucinda Rogers who once drew Lamb’s Conduit Street for us. 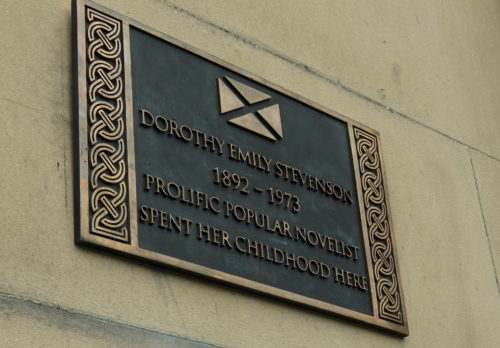 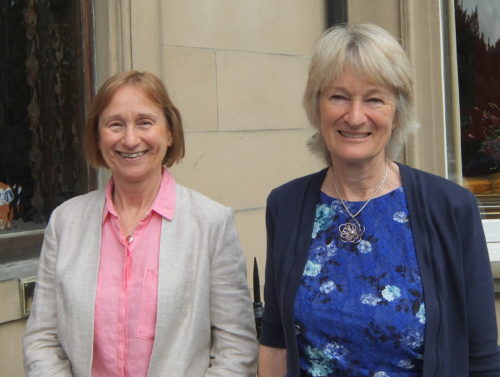 They had travelled to Edinburgh for the plaque’s unveiling at 14 Eglinton Crescent on May 24th.

The other day Lydia was alone in the shop (we were buying flowers or croissants or something equally frivolous) and a Persephone reader came in to the shop and berated her and us for being one of the 48%: so vociferously that Lydia was deeply shaken. It is unbelievable that people feel this is a civilised or clever or polite or kind thing to do, but somehow a few of them do. One of the most upsetting things in recent weeks and months has been the knowledge that if this disaster happens, Britain will be excluded from the wonderful friendship between the 27 European nations and especially that between Macron and Merkel, and our only allies will be Le Pen, Nigel Farage and Trump. We at Persephone Books find this deeply humiliating. And we shall continue to make it clear how we feel: to display the European flag on the door; to have Tillmans’  ‘No man is an island poster’ in the window; to write this Letter. And maybe this nightmare will be over soon: in Bloomsbury there is an air of optimism about June 9th which is probably unwarranted but we’re enjoying it while we can, and yet are prepared to be sunk in gloom from June 10th onwards.

And without being boastful we have to say that the shop is crammed with people at the moment. More often than one would think possible people come in and tell us that they have come here specially from Australia. And they are not entirely joking. It is very flattering and wonderful. But one reason they come is because of values: they assume we are civilised and polite and kind – because our books are. Think Dorothy Whipple – could one imagine a kinder writer than her? She may be sharp, she may be critical of the impolite and the unkind. But she herself is never any of these things. (As is pointed out by Country Cousin on the Forum this month, which is about Greenbanks here.) This week the first English strawberries have been for sale at the lovely fruit stall near Holborn Station and we have been offering them to customers in the shop, who have also been enjoying the scent of the roses from the back garden. And please don’t make comments about fiddling while Rome burns with this talk of strawberries and roses on the very day when Donald Trump has decided to take the planet a few steps closer towards Armageddon. Life has to go on.