Craig Brown chose The Fortnight in September as his ‘holiday classic’, calling RC Sherriff ‘ a wonderful novelist, at his best when dealing with the inner lives of everyday people… it is humane, tense and deeply moving, a little miracle of a book’ (here). Fortnight was also chosen for an Oxfam summer reading piece by Michael Morpurgo, who said: ‘Nothing happens in this wonderful book, except ordinary things which make it extraordinary.’ Here is the new painting we have used to illustrate Fortnight on the website: 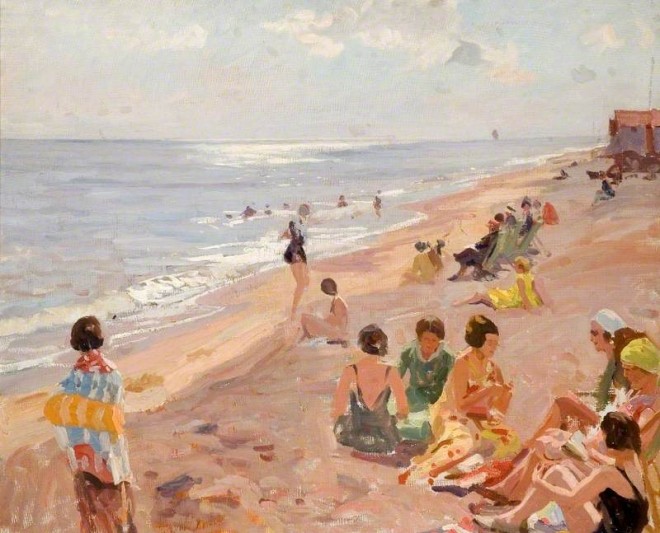 It’s Silver Morning:Aldeburgh Beach 1932 by Algernon Talmage (in many respects Aldeburgh and Bognor Regis, where Fortnight is set, are pretty similar).

Talking of summer reading, don’t forget our ‘Fifty Books we wish we had Published’ that we sell in the shop. These range from Robert Harris’s An Officer and a Spy to Emma Smith’s The Great Western Beach to Meg Wolitzer’s The Wife. This was chosen by Tracey Thorn as her choice for summer reading, she called it ‘a brilliant satire of literary ambition with a depiction of a marriage that will make you squirm’.

Both Craig Brown and Tracey Thorn always make us laugh, maybe they are secretly  responsible for the wonderful new ‘St Theresa’s Independent State Grammar School for Girls (and Boys)’ column in Private Eye: ‘I do not wish to dwell at length upon Mr Johnson, who gets far too much attention as it is. Suffice to say that his appointment is in line with that of Mr Davis and Mr Fox and can be covered by the old saying taught to me by my father, the Reverend May, “He who Brexit can jolly well mend it.”‘

There have been so many superbly-written reactions to Brexit, including John Lanchester in the London Review of Books , Zadie Smith in the New York Review of Books , Richard Dawkins in the New Statesman and Rachel Cooke in the Observer food magazine (‘Brexit feels to me like grief, and deep in mourning, I can’t stop thinking of the loved one, and all that she brought me’). And, yes, the writer of this letter realises full well that many Persephone readers did not vote Remain – assuming that the 25,000 people on our mailing list are a fairly representative selection of the country as  a whole – and certainly we do not want to be annoying or alienate anyone. But publishing is political – our very first book William – an Englishman was, after all, fiercely anti-war and, as we read it, a tirade in favour of every country in Europe pulling together with its neighbour rather than turning on it. We are planning a piece on the subject for the next Persephone Biannually. This may not happen because it is so hard to write without offending someone, but we shall have a go. And, we have said it before: a feminist publishing house has to celebrate all the women who are taking over in positions of power. (The new mayor of Rome, Virginia Raggi, sounds a very good thing – although, alas, someone will probably write to us saying why she isn’t.)

Persephone was mentioned in Country Life when a letter writer referred to Sir James Gunn’s portrait of his wife, Pauline in the Yellow Dress 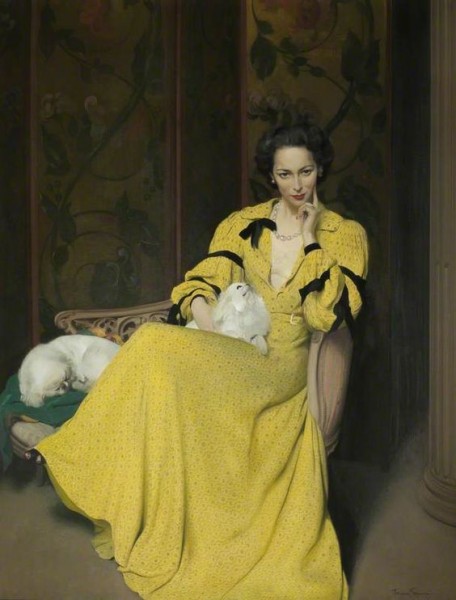 and said that: ‘Persephone Books, with its flair for the period, used two of them as covers’ (actually one, on the cover of the Classic Someone at a Distance , the other Gunn is used to illustrate The Two Mrs Abbotts on our website) .

There is an excellent 1950s exhibition at Compton Verney: 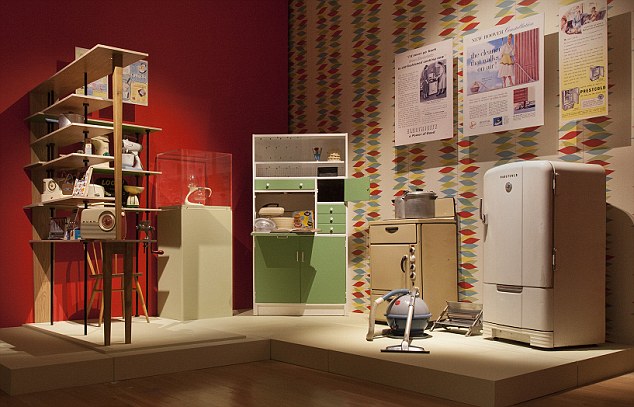 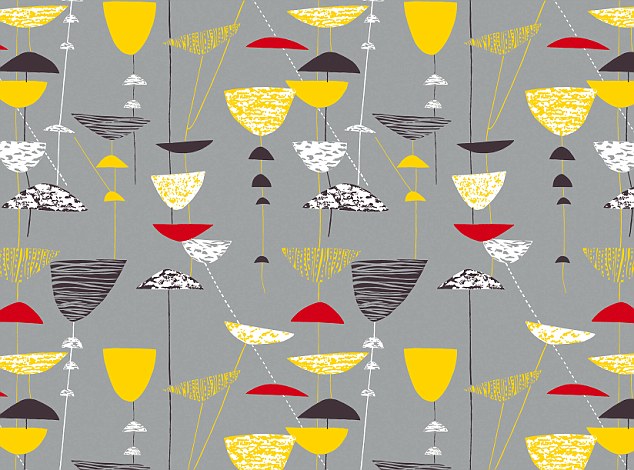 The photographs come from this review/assessment here.

Lauren Elkin has published a book about the flâneur which mentions Amy Levy and she commented: ‘Women have overlooked the possibilities for flâneuserie as well. In 1888 the British poet, essayist and novelist [author of Reuben Sachs, Persephone Book no. 23] Amy Levy wrote, “The female club-lounger, the flâneuse of St James Street, latch-key in pocket and eye-glasses on the nose, remains a creature of the imagination.” But there have always been women writing about cities, chronicling their lives, telling stories, taking pictures, making films, engaging with the city any way they can – including Levy herself. To suggest that there could be no flâneuse because she wasn’t literally a female flâneur is to limit the ways women have interacted with the city to the ways men have interacted with the city. Perhaps the answer is not to attempt to make a woman fit a masculine concept, but to redefine the concept itself’ (here).

Finally, hurrah for Farmopolis at Greenwich which has ‘saved tens of thousands of plants from the RHS Chelsea Flower show and re-homed them in London’s first floating garden. The Great Plant Rescue at Farmopolis aims to give our capital a much-needed green oasis.’ Read about it in Time Out : 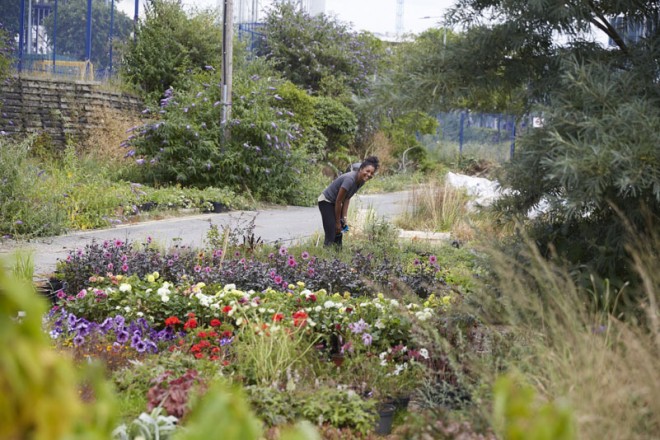