‘Nice was Henri Matisse’s city for nearly 40 years. Among his subjects, joyful parades on the seaside promenade’ (a tweet sent by Walter Olson). Indeed. 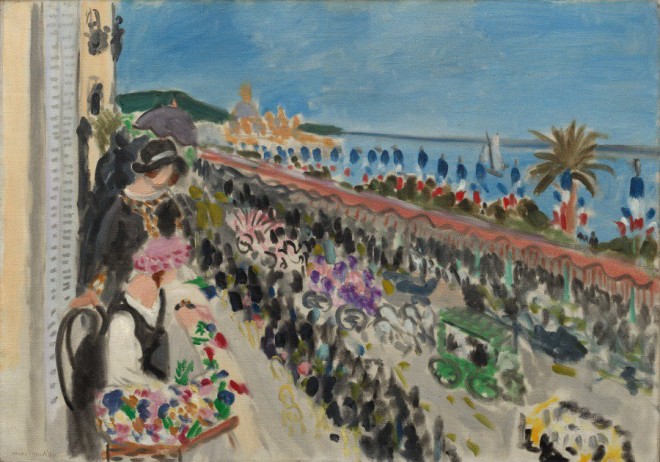 ‘We are living in a country so imbalanced, it has effectively fallen over’ is the headline to a piece written the day after the referendum by John Harris here. We keep it continuously and uneasily in mind as daily life continues. His  ‘welcome to the divided, angry Kingdom’ videos are essential viewing. Here’s hoping and hoping that Theresa May can mend the fracture that have occurred over the last two weeks. Matthew Parris summed things up so sadly in the Spectator. He said that ‘for the first time in my life I have felt ashamed to be British… Over the last few months a poison has been seeping through our national life. My faith in my fellow English, in our democracy, and in those who serve it in high places led me wholly to underestimate its potency or its capacity to spread. “You just don’t get it , do you?” Brexiteers have crowed at me. “You’re out of touch.” They are right. I was. I did not know my own country. I do now. And I like it a little bit less.’ The same point was made by Ian McEwan in the Guardian.  And the Observer summed it all up. It described  an electorate that in many respects was ‘more preoccupied with its own particular grievances and fears than with any of the EU’s supposed depredations. Towards the end, the campaign, almost, was not about the EU at all. It was about alienated voters, fractured communities, under-resourced public services, failing schools and hospitals, low wages and zero-hours contracts – and the seething, hitherto repressed anger of so many people who feel they have been left behind.’ That is the reality of what happened on June 23rd: our pride in being European, at having twenty-seven countries as the closest of allies, was totally crushed by the failure of the political elite to listen to this anger. But onwards and upwards: somehow we shall, we must, sort this out.

On Radio London last Friday there was a mention of A London Child of the 1870s and of Lambs Conduit Street, the show’s presenter Robert Elms calling it his ‘favourite street in London… you can spend the whole day here’ (as we do, we do). Listen here  (the reference to us is an hour and forty-six minutes in.)

There was a mention of Jane Austen in the Guardian last week – in an article about Brexit having broken Brand Britain in New York, Arwa Mahdawi wrote: ‘”In the Jane Austen novel of international life, we were supposed to be Marianne, the one with all the feelings,” said the Washington Post, in a display of post-Brexit sensibility. “You were supposed to be Elinor, the sensible one…We read all these books of yours about people in the countryside drinking tea for hours on end because we thought you knew better than we did.” At least the comment made us smile. As did this cartoon (available framed here for anyone who is tempted) by William Hamilton, who has been cheering us up on the Persephone Post this week. 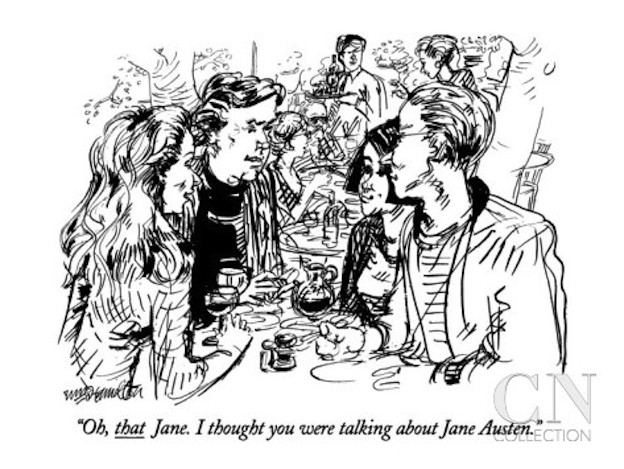 Time Out had an article about little known green spaces in London and ended with Luke Abraham’s choice of St George’s Gardens round the corner from the shop, ‘one of the lesser- known Bloomsbury gardens and is a secret 300 year-old hideout for us locals. The place is actually a graveyard, the first in London to be be built away from its church, but don’t let that put you off. It’s really beautiful, full of wildflowers and winding pathways. It’s also blissfully quiet.’ 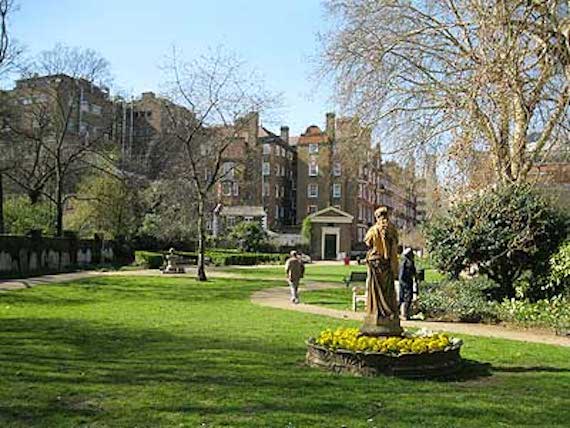 We were fascinated by the obituary  of Jane Fawcett, who worked, secretly and heroically, at Bletchley during the war. 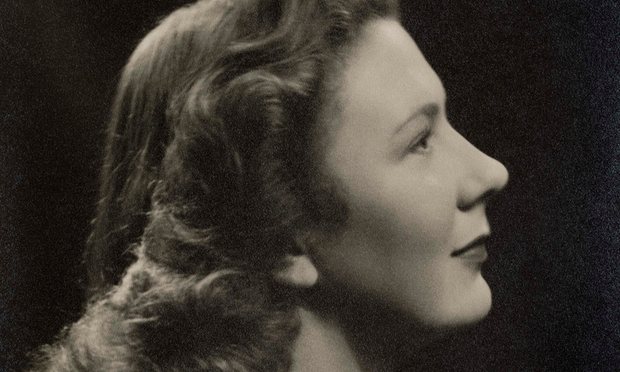 From 1964 to 1976 she was secretary to the Victorian society. ‘Once more, it was David against Goliath: a small group led by another obsessive intellectual, Nikolaus Pevsner, fighting tooth and nail to persuade the whole government, the whole of the British public, all academe and almost all architects that Britain’s Victorian buildings were worth saving. Once more, too, it was she who did most of the hard slog. She wrote books, lectured, managed the rickety finances and tormented British Rail while the men, especially John Betjeman, the poet, grabbed the attention. Well, never mind; she counted saving the rampant red-brick London Midland Hotel beside St Pancras as one of her special achievements.’