It has been very hard to concentrate on anything this week. However, as of today, and in appropriate synchronicity with the five women politicians on the Persephone Post this week, we are allowing ourselves to fantasise that in a few months the most important politicians in the western world could be Theresa May, Angela Eagle, Nicola Sturgeon, Angela Merkel, Christine Lagarde, Hillary Clinton and Elizabeth Warren. Of course there is many a slip… But even the thought is cheering. Also we have a theory in the office that Boris Johnson was forced to throw in the towel by the Queen saying she would not meet him at the weekly briefings. So that means the list of important women politicians should incorporate the Queen.

But the important thing today is the commemoration of the Battle of the Somme. ‘This was marked by  events across Britain and in France, including vigils in many churches on Thursday, and on Friday a two-minute silence, a national service of commemoration in Manchester, and a major international ceremony at the Thiepval Memorial in France attended by politicians, descendants and hundreds of schoolchildren.’ There was a service at Westminster Abbey and ‘ghost’ soldiers were encountered by commuters at stations up and down Britain in a beautifully organised piece of performance theatre called  ‘We’re Here Because We’re Here’ (more pictures here). 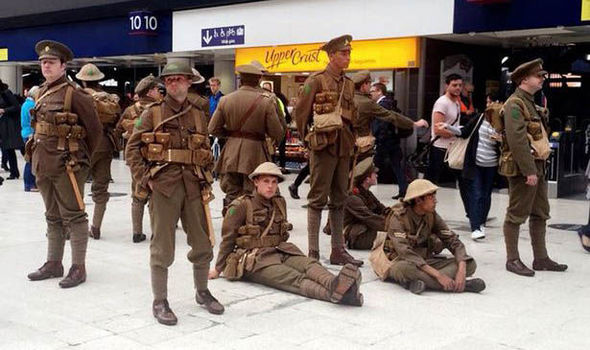 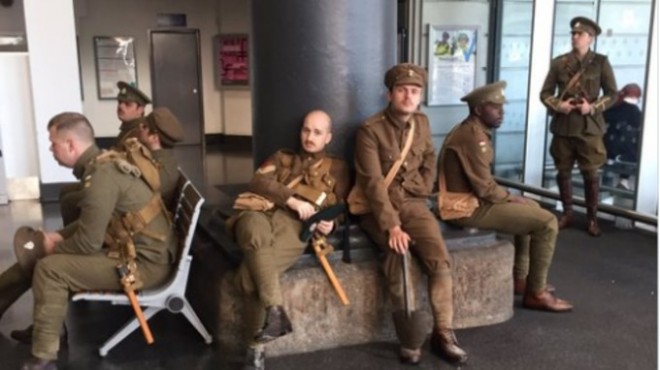 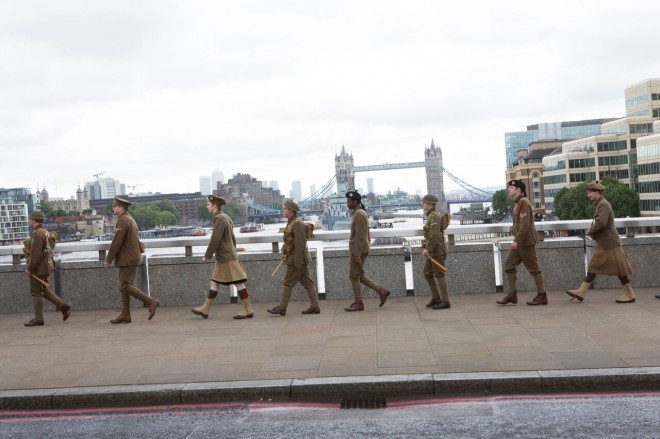 There was a piece about young soldiers letters in the Guardian. The picture is of Albert Baker who died aged 20. 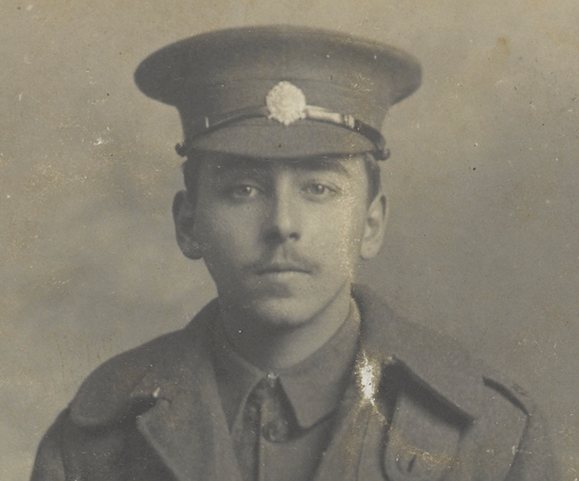 He wrote: ‘I am writing this whilst in billets, some three miles behind the Line, not because I feel downhearted at all but because there have been so many killed or mortally wounded near me, and who knows but that it might be my turn next and I could not bear parting without my heartfelt thanks for your innumerable kindnesses.” He asked for his stamp collection to be saved for his youngest brother “as he may take an interest in them when he is older”. ‘Once more before I close this not very cheerful epistle, I must thank you again for the way you have brought me up and looked after me, asking you to remember me to all my old friends, particularly Art and Rodney.’

was vastly popular when first painted – but then its artist was consigned to obscurity, falling victim, according to Gladwell, to ‘moral licensing’. This was also the case with Julia Gillard, Australia’s first female prime minister.  ‘The Lady Vanishes (here) explores the world of art and politics to examines the strange phenomenon of the “token”– the outsider whose success serves not to alleviate discrimination but perpetuate it.’ We have to hope and pray that none of the female politicians listed above fall victim to moral licensing.

Another painter who has been completely neglected (to the extent that there is no entry for her in the Oxford Dictionary of National Biography) is Winifred Knights. Her painting ‘The Deluge’ (1920) ‘remains one of the most instantly familiar art-works of the first half of the 20th century’ (according the writer in the Guardian).This failure is now being corrected with an excellent exhibition at Dulwich curated by Sacha Llewellyn and with a book written by her. Five of her paintings will be on the Post next week. Here is a stunning foretaste: ‘Edge of Abruzzi: boat with three people on a lake’ 1924-30. 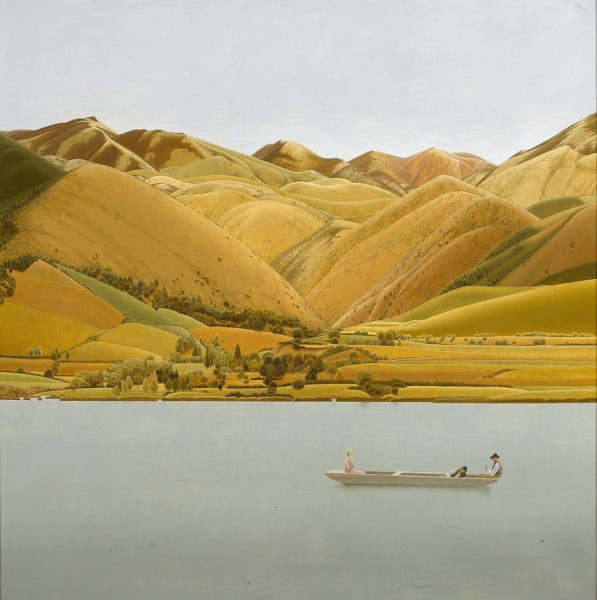 A few days  after Jo Cox was killed we closed the shop (a first) and went to the memorial event for her in Trafalgar Square, Sarah Helm wrote a trenchant and moving piece beginning ‘why had I not heard of Jo Cox until after she was dead?’ She told us that Jo was an expert on how to prevent conflict and referred to her own book about Ravensbruck,  ‘marginalised by history’. Yet ‘the experience of the first two world wars was not entirely ignored. A new Geneva convention was agreed in 1949. And what was to become the EU was devised first and foremost to prevent future European wars. This single, most important purpose of the EU has been so often dismissed, belittled or buried during the referendum debate.’ Yet for us at Persephone Books it was the most crucial reason why we voted Remain.

Finally: until the 1920s when you looked left out of the shop and north along Lamb’s Conduit, this is what you would have seen: 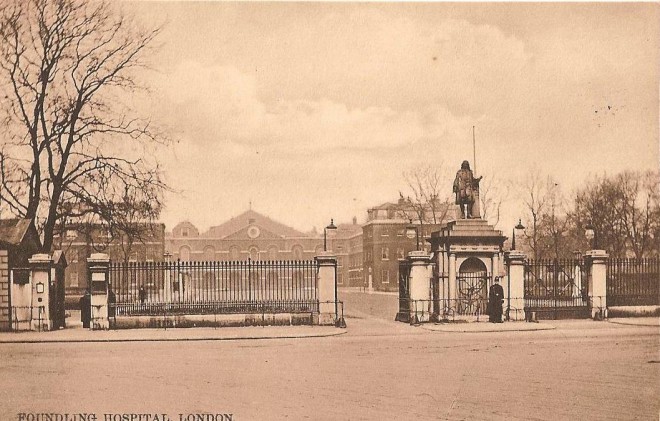