Going back to the shop after the Bank Holiday weekend is always a pleasure: it is just about warm enough to leave the door open and to think about pulling up the daffodils and replacing them with geraniums. The orders are flowing in for the two new books and the three autumn books, plus the diary, are well under way (or should it be weigh, isn’t it a shipping term?). Here is a small extra enticement for The Godwits Fly by Robin Hyde:: she saw herself as a social witness, believing that codes of silence must be broken to make better futures for those oppressed by them. In her 1937 autobiographical fragment ‘A Home in this World’ she wrote: ‘It seems to me now that I am caught in the hinge of a slowly opening door, between one age and another. Between the tradition of respectability, which was very strong in my household and had cut me off from all real family love the moment I infringed it, and the new age, foretold by Nietsche and some others.’ This is a profound and touching comment, reminding one of the difficulty many artists experience ‘fitting in’ to what is deemed normality. This is why so many eschew ‘the pram in the hall’. Indeed, Alain de Botton wrote an excellent piece in the FT in which he bemoaned the fact that passionate, romantic love so often leads to domesticity and how children ‘may kill the passions that made them possible. Life moves from the sublime to the quotidian. Indeed this is a key theme in so many Persephone books. The following week in the FT someone wrote recommending Little Man, What Now?: ‘Along with love and blissful ignorance, it’s got everything else. Work, jobs and unemployment? Check. Babies? Check. Mothers-in-law and otherwise? Check. Laundry? Lots.’ Indeed, had we been sharp enough to discover Fallada’s novel before it was so successful reprinted by another publisher, it would have fitted snugly on our list.

The Woodland Trust would like us to Save Our Bluebells – which thankfully seem to be very flourishing this spring. 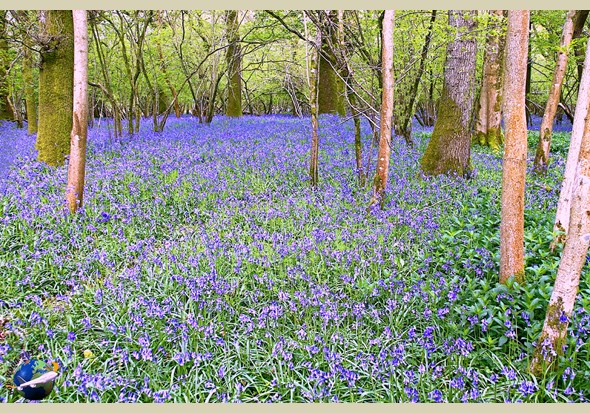 This beautiful painting by George Leslie Hunter has just been sold a Bonhams. 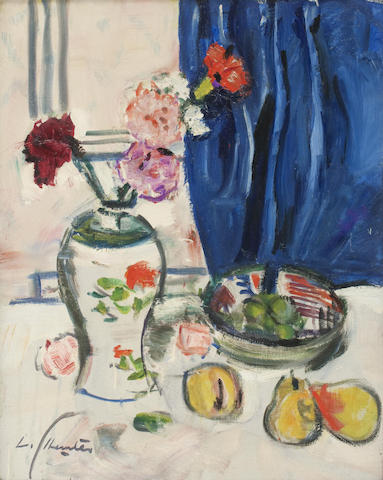 There is a new exhibition about Sicily: Culture and Conquest at the British Museum. Sicily was of course Persephone’s domain.

The Pevsner Architectural Guide to Bath has a picture from The Sack of Bath on page 44 and on page 47 a brief history of the Sack (‘about 1000 Georgian buildings, of which some 350 were listed, were demolished between 1950 and 1973), then it says: ‘In 1973 Adam Ferguson’s The Sack of Bath drew nationwide attention to this cause célèbre. It swiftly resulted in a strengthening of the law notably Conservation Area legislation, and in a general sense helped to bring about the increasing appreciation of historic buildings that took place in the seventies.’