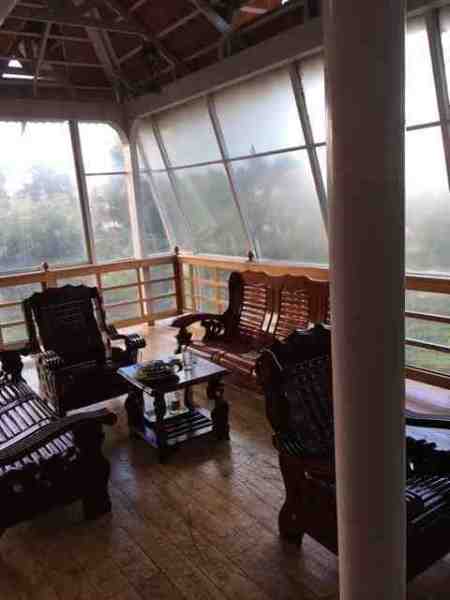 This seems like an ordinary enough veranda but it was where, at ‘Highfield’ in Coonoor, Freda Aykroyd met the great Welsh poet Alun Lewis on 25 July 1943 . She wrote years later (in her memoir A Cypress Walk which was published in 2006, the year after her death): ‘Coonoor was six thousand feet above sea level in the Nilgiri Hills, which are among the oldest in the world. Exotic jungle covers their lower slopes. The train chugging up from the plains below passes through Flame-of-the-Forest, brightly-blossomed tulip trees, banana with their huge silky leaves and teak…the air was clear and thin as crystal, sparkling as though the sun were young and had risen for the first time. It intoxicated one…Coonoor was a small village with the usual bazaar, two shops, post office, Indian stalls, a protestant church. ‘Highfield’ seemed always to be dreaming undisturbed, its beautiful trees stirred only by the breeze or by birds, some as exotic as the trees themselves…lawns surrounded it and jacaranda, mimosa, bougainvillaea, oleander, eucalyptus and tree ferns.’ Alun Lewis wrote a poem called ‘The House’: ‘Beloved when we stood/And saw each other standing there/I did not know that all/The ordinary days/Had fallen from the earth…./July and was shown up to the first floor of the Aykroyds’ (taken from a piece about Alun Lewis and India by his biographer John Pikoulis here).