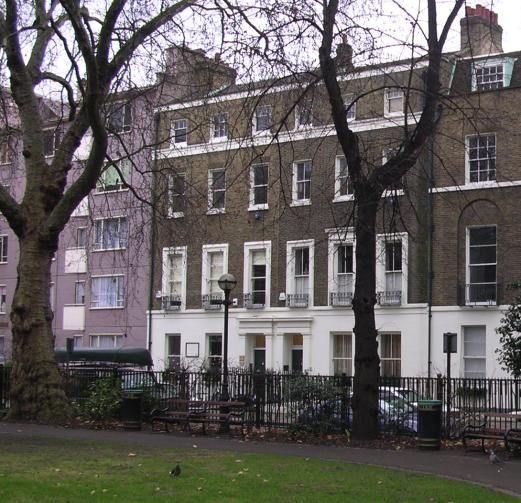 In the 185os 17 Red Lion Square was home to the poet and painter Dante Gabriel Rossetti, who rented rooms there. He recommended the rooms, despite their ‘dampness and decrepitude’, to his friends William Morris and Edward Burne-Jones, who moved in to the square in 1856. William Morris went on to open a furniture shop with Rossetti, Burne-Jones and Charles Faulkner at 8 Red Lion Square, which became Marshall, Faulkner & Co. The house it was in was alas demolished.