One of the many reasons for the Persephone trip to India was to visit Ooty, which Mollie Panter-Downes wrote about in Ooty Preserved: A Victorian Hill Station in 1967. Two long extracts appeared in The New Yorker (on March 4th and 11th of that year) and the complete book was published in the autumn. Mollie’s stay in Ooty had been the year before, which happened to be the year of the first volume of The Raj Quartet: although her journey to Ooty was not, apparently, inspired by the publication of The Jewel in the Crown, it is curious that she went when she did – and Paul Scott in fact reviewed Ooty Preserved in Country Life, concluding that ‘of the many books we’ve had in recent years about India old and new, this is one of the very best.’ All the reviewers referred to the book’s charm and wit and one to the ‘mingling of  wonder and melancholy’. This is still the case nowadays since very little of the ‘old Ooty’ exists any more. The painting below shows it as it was in 1837; 130 years later it had completely changed; and fifty years on from that it is virtually unrecognisable. 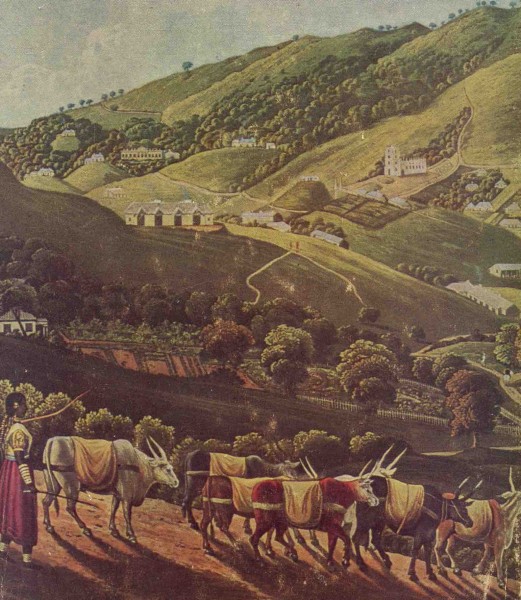 The church (top right) is still there; and the (English) club building (top left) also survives; and although there are marvellous things about Ooty, it is now a busy, bustling town and it is quite hard to find its ‘charm’. The closest parallel is with Alexandria: even when EM Forster went there during the First World War he knew he was visiting the site of former glories and that almost nothing actually remained; that is the case with Ooty (it’s a pity that Forster never went there as he, too, would surely have written superbly well about it).

Nevertheless, it was fascinating to see Ooty through Mollie’s eyes, to read about her driving up from the ‘steamy heat and coconut palm forests of Kerala … into an almost alarming coolness’, to be confronted by ‘grassy rounded hills’ which reminded her of the Sussex Downs (where she was brought up); going out for a walk she found ‘terracotta buildings, Victorian gables and a house with turrets that might be in Wimbledon.’ She noticed that the road junction is called Charing Cross (as it still is) but ‘it in no way resembles the original’. She quotes Lord Lytton writing to his wife in 1876: ‘Imagine Hertfordshire lanes, Devonshire downs, Westmoreland lakes, Scotch trout streams’, and he commented on ‘such beautiful English rain, such delicious English mud.’ Ooty residents thought it the best climate in the world, although Mollie did point out that during January and February it was a constant battle for the poor to keep warm. (The best weather is April and May, which is the ‘season’.) On her walks she found Apple Cottage, Ethel Cottage, Kenilworth, Bleak House, Grasmere Lodge (all now gone).

The writing throughout the book is Mollie Panter-Downes at her inimitable best: ‘Twilight in Ooty comes with an abrupt clap’; ‘I overhear one lady, waiting for the spectacled clerk to complete a grocery order, remark to a friend, “she’s only 70, you know”, to which her friend replies, “yes, I remember her mother.”‘

Mollie has a long description of the Club: ‘A beautifully proportioned low white building, its wings spreading on either side of a classical pillared portico, the Ooty Club sits gracefully on a steep knoll that is approached by an avenue of venerable trees, to one side of which a grove of wild arum lilies springs out of a marshy cleft in the ground’ (they still do).

The ‘two splendid tigers’ on the walls are still there, ‘one snarls out of the right side of the mouth, one out of the left…with an effect that I fancy all but truly sporting types might find a trifle unnerving after the third gin’ and ‘a whole frieze of jackal masks’. But because of the nice furniture the atmosphere is no longer ‘a shade lugubrious’. 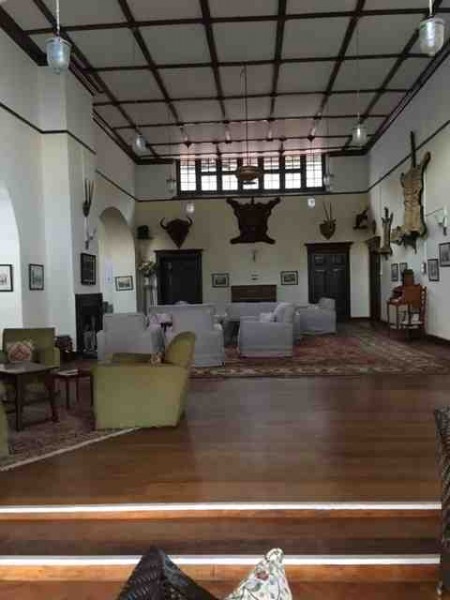 The Club  is remarkably well-maintained and we were impressed by the fabric on the newly-upholstered chairs. 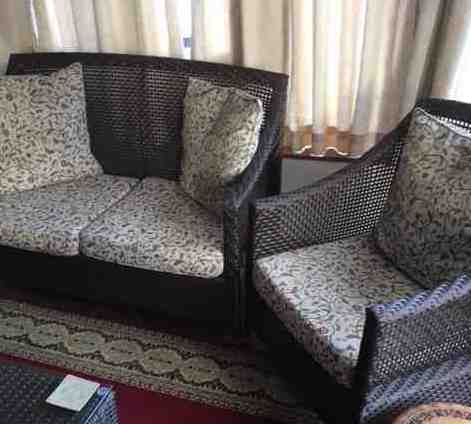 Mollie also frequented the Nilgiri  (Blue Hills) Library, built in 1868, and described by her  as ‘a tall, rather severe red brick building with an air of North Oxford about its white-trimmed ecclesiastical windows…It was run by Miss Myers who drove to the library every morning sailing out dashingly into the road with a peremptory toot of the horn among the passing bicyclists and bullock carts and the fruit peddler and his cronies who squat permanently near the gate. Her cultivated, resonant voice is pitched to issue orders and address assembled students and her punctuality is famous among all her friends in Ooty.’ Mollie became a temporary member ‘by paying five rupees to the elderly Indian librarian who sits behind a counter off the hall with his assistant, a smiling little lady who generally has her outdoor coat draped around her shoulders.’ Like Mollie ‘we begin a gentle stroll through Ooty’s past in the Reading Room with its five big arched windows on each side and a tall Gothic window at the far end, its wooden tables are laid out with magazines and newspapers.’ 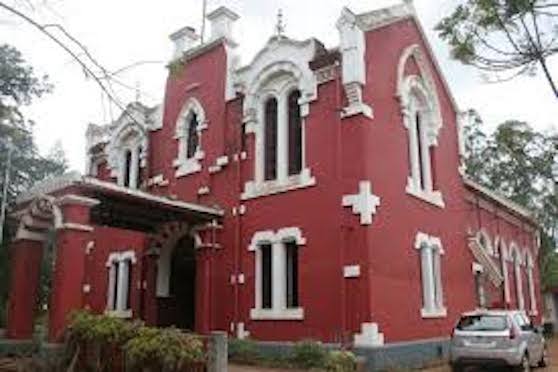 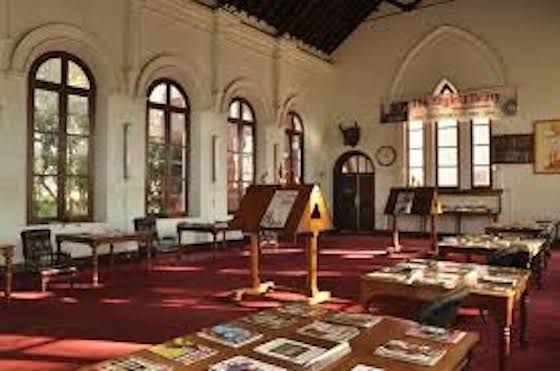 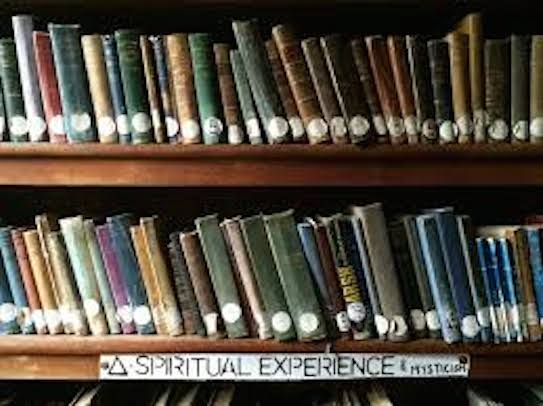 The Persephone team can report that NOTHING HAS CHANGED.