A short Persephone Letter today because the new Biannually went to the printer at noon and this has left two very tired people in the office. And what with the emotion of the Archers last night we are ready for nothing but a glass of madeira and a good novel. Other news: Anne Boyd Rioux wrote an article on salon.com headed ‘Erased from History: too many women writers are left to languish in moldy archives.’ It rehearses some of the issues horribly familiar to Persephone readers and made several interesting points, for example that ‘recuperating a writer’s reputation is not through academia’ since  ‘in any case ‘many English departments faculties have simply left the teaching of women writers to the feminist faculty, who are retiring now in large numbers and [alas] are not necessarily being replaced.’

We have already spread the news on Twitter, Instagram, Pinterest and the Post so some people reading this Letter will know – that a weekend in York introduced us to the amazing Flora Lion who painted Women’s Canteen at Phoenix Works, Bradford  in 1918. 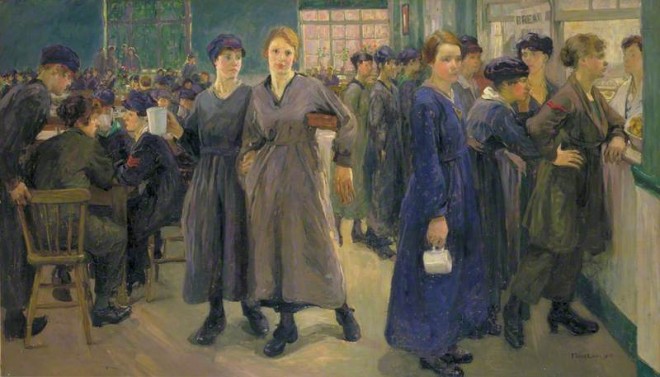 It is absolutely knock out in ‘real life’ and it’s worth a trip to York for this picture alone. But in fact all the paintings in Truth and Memory: British Art of the First World War are extraordinary, it is just quite rare to discover two unknown women artists (the other is Anna Airy) from this kind of exhibition. 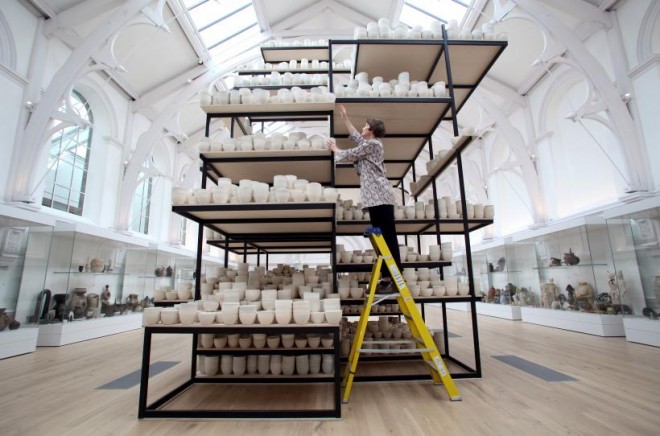 It consists of ten thousand bowls, each of which takes an hour to make. This concept  was invented by Malcolm Gladwell, who said that all successful people have to put in 10,000 hours i.e. forty hours a week for five years. He cites Bill Gates on his computer and the Beatles in the caverns of Liverpool; but it  applies to everyone.

We were very pleased to be chosen of one of fifty best London boutiques by the Evening Standard:

Patrick Hodgkinson who designed the nearby Brunswick Centre

has died, this is the Guardian obituary; David Suchet read one of our Némirovsky short stories ‘The Onlooker’ on Radio 4. It is taken from Persephone Book No. 87 Dimanche and Other Stories and is available for another three weeks here; Persephone Books was asked by AnOther Magazine to choose five books that were crucial to us here. If we had been able to choose a sixth it would have been Middlemarch.