The shop database is in constant use as we try and send out orders on the day they are placed or at least the next day. Meanwhile people come into the shop wanting something cheerful (and we recommend Miss P or Miss B) or they buy a Nicholas Mosse bowl or one of the ‘fifty books we wish we had published’ or a cushion covered in either the Farewell, Leicester Square or Gardener’s Nightcap fabric or in Emma Bridgewater’s Pomegranates – the fabric was designed for Persephone Books and is now manufactured by Sanderson’s.

And ‘normal’ life continues – Flowering Cherry at the Finborough tomorrow, Dutch painting at the Queen’s Gallery on Friday, and then a weekend of cooking for the grandchildren: kedgeree, pommes dauphinoise, ratatouille, home-made bread kind of food. Here is the recipe for the latter: weigh a pound of mixed wholemeal and white flour, add whizzed walnuts and sunflour seeds and a sachet of dried yeast, stir in a pint of warm water to which has been added a tablespoon of oil and ditto of honey. Stir, kneed, leave to rise, knock back, leave to rise, bake for thirty or forty minutes.

The Financial Times appeal this year is for Chinese children who are abducted by people wanting a child. It’s a heartrending story to read about (here) but perhaps we should all be aware of this horror; and give money to the appeal.

On a more cheerful note: the Art Fund (membership of which is a good present for anyone) has helped the Geffrye Museum buy Edward Robert Hughes’s Portrait of Bell and Dorothy Freeman 1889: 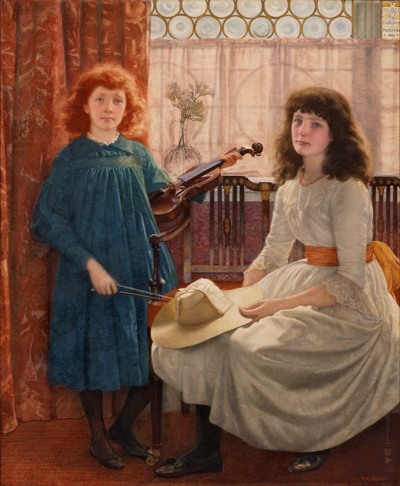 ‘The Aesthetic decorative scheme shown in the painting is of particular interest for the Geffrye, which specialises in the history of the home. Behind the sofa can be seen a window with round leaded lights, a feature of William Morris’s own interiors. The wallpaper is a pattern called Sunflower, designed by Morris in 1879.’

It is a hundred years since Britain’s first female police officer was appointed. 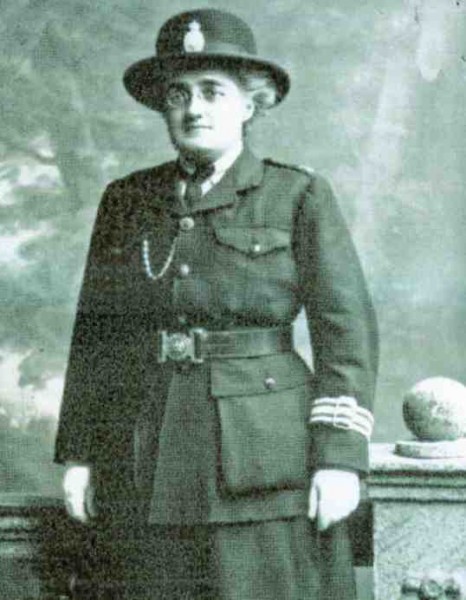 The Burlington Magazine now has a female editor, the acclaimed biographer Frances Spalding, and the December issue has an interesting article about Matisse. 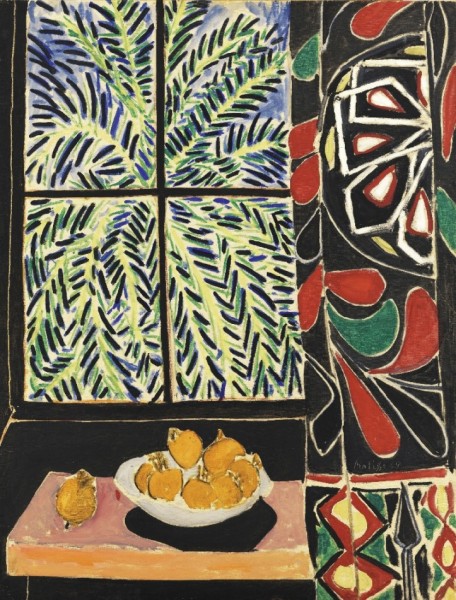 Simon Kuper of the Financial Times wrote a piece headed ‘How to be a 21st-century dad‘. It began : ‘Like almost everybody with a laptop I’m trying to write a TV series. Only one thing stands between me and greatness: time. Between the day job and the kids there isn’t any. Most dads I know live more or less like this. Since having children they have been saying painful goodbyes to their ambitions.’ Combined with the extraordinary Black Rainbow by Rachel Kelly, the article and the book give one an enormous amount to ponder about the role of young mothers and fathers nowadays. In some ways nothing has changed since The Home-Maker.